Hugo Loriot, formerly of Google, is now Managing Director for fifty-five’s US office and Media Technologies Director. Now living in New York, he agreed to share his thoughts with Viuz, on the future of marketing and changes in media buy and media agencies.

What changes have you noticed in media buy practices?

Three major trends are defining contemporary digital marketing. First of all, the development of programmatic advertising in all its forms is revolutionising the way in which advertising space is purchased. Out of every €100 invested online in the United States, 50 are spent on Search Marketing (100% on bidding), 15 on Social Media (100% programmatic, usually on bidding) and 30 on display advertising (of which 60% programmatic, on bidding or other forms), which means that 80% of digital investments require high levels of technical expertise.
Secondly, advertisers have become acutely aware of the need to implement an ambitious data architecture and strategy, combining advertising and marketing technologies (adtech and martech respectively) in a sector dominated by Silicon Valley’s major players (Google, Facebook, Oracle, Adobe, Salesforce), which raises major issues of governance and transparency.
Finally, the explosion in video formats and the issues surrounding ad blocking are forcing creative agencies to produce much more content, using audience data as a set of indicators to take into account upstream.

What are the implications for agencies?

There are multiple implications for agencies. Getting up to date with programmatic expertise is a never-ending issue, which is clearly demonstrated by the Big 6’s ongoing acquisition of external Trading Desks.
A bigger problem is the crisis of trust which has developed between agencies and advertisers, which was highlighted in the recent ANA report on the industry’s non-transparent practices. Advertisers now realise that the ever growing prevalence of technology, brought about, it must be said, by invitations to tender that sometimes appear tasty but offer little return, leads to under the table deals and hidden margins. Looking ahead, the likely consequences are the establishment of extensive audits and the insourcing of purchasing and reporting platforms.
These changes present both an opportunity and a threat. There is a unique opportunity to offer innovative strategies combining creativity, media expertise and data-driven storytelling, by promoting a new type of expertise with advertisers, to tackle continually falling commissions.

How do we get out of this situation in good shape?

It all depends on what point of view you adopt. For a traditional agency, salvation can be found by bringing media and creative agencies closer together, around data-driven storytelling. The recent successes of Omnicom and its Hearts & Science network in winning the AT&T and P&G tenders in the United States show that brands have a real appetite for such a course of action.
However, the organisational challenge is considerable because, without a common P&L, this could all turn out to be a damp squib, despite the potential. In my opinion, the future lies with another type of player that, instead of being a single entity that runs creative activities and media purchasing, focuses on advertisers’ data strategy, while selling itself as a natural extension of Marketing teams, with on-site support if needed. Moreover, Adage recently released its Agency Report 2016 Index, which shows the growing power of consultancies in the Big 6’s domain, with Accenture Interactive now entering the Big 6 in 6th position, ahead of Havas. However, these consulting firms lack operational expertise and knowledge of digital ecosystems, which means there is a place for players which emerged when online investments exploded.

What, in your opinion, should be the major priorities for Marketing Directors in 2017?

Transparency and cross-disciplinarity are the keywords. Without a clear and comprehensive overview of their data assets and of how their investments are performing, Marketing Directors can’t make good long-term decisions. Choosing a DMP (Data Management Platform), setting up data-sharing agreements between advertisers or publishers ( 2nd party data) and selecting a specific attribution model are all illustrations of how advertisers need to reclaim their own media strategy, rather than restricting themselves to simply placing orders.
Whether this leads to the insourcing of the technologies or to an increase in in-house skills, these days it is vital for marketing managers to act like orchestra conductors. They should be supported, if necessary by trusted third parties, and leading an ambitious and measurable data strategy. This is the barebone around which they would coordinate the activities of media and creative agencies, who are irreplaceable partners, but whose scope of action is kept within bounds.

What are you noticing with your clients? What are they up to?

We notice that our major clients are investing increasingly in the areas of data planning and optimisation. The goal is to activate client knowledge in order to yield more personalised messages and bids. The question now is: How can I draw inspiration from my customer intelligence to run a truly differentiated media plan? We’ve moved on to a stage where analytics tools serve and inform media planning upstream and where actionable attribution concepts – including forecasting – are becoming increasingly important and allow Media Mix ratios to be precisely steered.
Today, many tools, such as Google Attribution 360 (Ex Adometry), AOL’s Convertro, Visual IQ, Analytic Partners, or even Marketshare, are used to manage these new budget allocations and to measure the marginal contribution of each investment on sales.
Advertisers have really developed an awareness of these matters. The DMP issue has the benefit of bringing these questions, which are central to advertisers’ concerns, to the fore.

In conclusion, can you give one piece of advice to advertisers facing these developments?

Our message to advertisers is “Don’t be scared!” About 25 or 30 years ago, agencies had to undergo an initial unbundling of creative and media skills. The time has come for a new unbundling of strategic media advisory and media buy, and a round of data insourcing.

This article was originally published in French on December 10th 2016 on VIUZ. 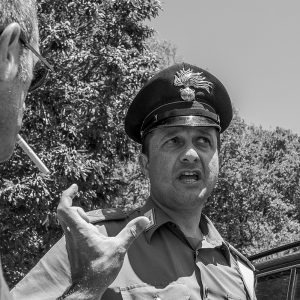 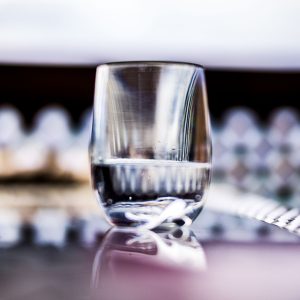 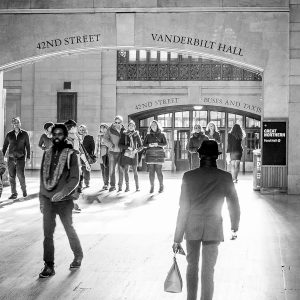