Every month, the fifty-five team features a selection of worth reading news and trends for you. So what’s been going on in the brandtech ecosystem recently?
The Mary Meeker report is back, Apple unveils its Sign In feature, Facebook launches Libra, and in-housing is an increasingly critical trend to watch… Discover our July selection!

It’s that time of the year again: American venture capitalist Mary Meeker released her famous Internet Trends report 2019. Long-awaited by everyone in Silicon Valley and beyond, the report addresses every internet-related topic, and especially the growing ones such as e-commerce, ad spending, media consumption, gaming, but also the rise of ePrivacy as a selling point, and so on. Some impactful stats were delivered as well, such as the share of e-commerce, which now accounts for 15% of total retail sales. The importance of data is surely the cornerstone of it all. Or, as said the “Queen of the Internet” at the Recode/Vox Code Conference: “If it feels like we’re all drinking from a data firehose, it’s because we are”.

Or, if you’re just looking for a great summary, read more on Vox.

Last month, at its annual developers conference WWDC, Apple presented its new Single Sign On (SSO) tool called “Sign in with Apple”. This feature is in direct competition with the existing ones offered by Google and Facebook, and forms part of the company’s offensive privacy strategy. Indeed, the key goal of Apple’s Sign In button is to minimize the sharing of data as much as possible, to protect users from advertising and spam. In a nutshell, users will be able to log into apps and online accounts with an automatically-generated fake email, and then decide which data they wish to share.

Read more on The Verge.

After having ‘secretly’ worked on the project for almost a year, Facebook is finally releasing some information about its new cryptocurrency, Libra. The blockchain-built technology is governed by a group of companies such as Uber, MasterCard, Visa and Spotify, all reunited within a nonprofit organization. According to Facebook’s white paper on the topic, the main goal of the technology is to “enable a simple global currency and financial infrastructure that empowers billions of people”. In addition, the company released Calibra, a third-party wallet app that will be directly integrated into Whatsapp or Messenger. This announcement certainly stands as  another display of GAFA‘s current expansion and diversification strategies.

What happened at Cannes Lions 2019?

The advertising ecosystem is quickly evolving—so is The Cannes Lions Festival of advertising and creativity. As disruptive business models and newcomers are challenging traditional players, the festival has become far more about business negotiations and politics than creativity: actually, less than half of industry execs think Cannes is about  celebrating creative work in advertising. Privacy concerns were also still center stage… while Sheryl Sandberg warned how “targeted advertising is under attack”. On the sunny side of the French Riviera, TV advertising was back in the spotlight this year as it has become much more agile, relying increasingly on data.

Re:Mars—Amazon’s new conference on artificial intelligence —took place in Las Vegas last month, with a focus on machine learning, Automation, Robotics and Space for this first edition. The company aimed at positioning itself as the most innovative company when it comes to AI, showing how it is integrated in each part of its e-commerce business. It announced various cutting-edge innovations such as its new Prime Air drone, which can deliver light packages in under 30 minutes, or StyleSnap, an Amazon app feature that allows users to upload a screenshot of an outfit they like anywhere on the internet and find similar clothes.

The In-housing trend continues to grow

In-housing is gaining ground everyday and is revolutionizing the way big companies are doing marketing. We’ve been living in a world where traditional models are outdated by countless digital marketing opportunities in terms of channels, outreach, targeting and attribution. As such, brands have started to take back some or all of their marketing in-house. For now, common outcomes consist of an increase in productivity, improved  control over data and marketing budgets and, subsequently, (tremendous) savings. 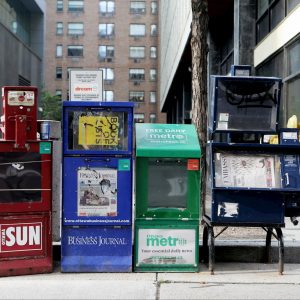 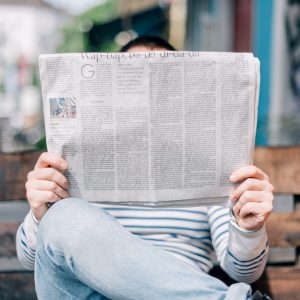 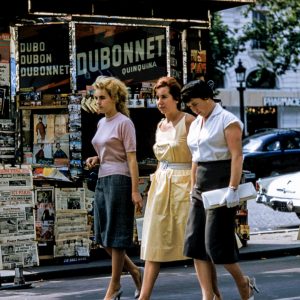