Every month, the fifty-five team features a selection of worth reading news and trends for you. So what’s been going on in the brandtech ecosystem recently?

The adtech world is actively preparing for the post third-party cookie world. Amazon is shifting its advertising strategy, browsers are diverging in their alternative plans, IAB launches project Rearc, publishers are building their own walled gardens… Meanwhile, Benedict Evans released his annual report on the state of tech in 2020.

The e-commerce giant is starting to get lured by the potential of storytelling and branding for its advertising offer. The platform was initially focusing on search advertising, but after disrupting the online advertising ecosystem and becoming third in the race behind Google and Facebook, Amazon seems to be shifting its strategy towards brands storytelling, with the testing of new ad products such as Posts (currently in beta) or Amazon Stores. Moreover, the recent privacy regulations and the death foretold of third party cookies are likely to increase walled gardens logics, which is another good reason for Amazon to strengthen and diversify its advertising offer. To be continued.

From brand safety to brand suitability: finding the right balance

Advertisers are increasingly rejecting blocklists in favor of a more nuanced approach. Indeed, blocklists do ensure a strict brand safety but they also limit the reach and engagement of ads. Following the several brand safety crises that occured in the digital advertising ecosystem these past few years, blocklists have been widely used by advertisers but they actually eliminate a lot of appropriate webpages. With brand suitability, advertisers are consequently trying to find the right balance between being very strict on where they appear, and achieving the right level of reach.

Web browsers have been competing to offer the best and most innovative features since internet prehistory. Today, in a world where Google owns two thirds of both desktop and mobile market shares, the main selling argument seems to be the battle towards privacy. Indeed, all the major internet browsers are increasingly focusing on security and data protection issues, especially with Safari’s ITP and Google’s recent announcement to kill off third-party cookies within the next two years. The consequence: more and more walled gardens and less content on the open web. The announcement of Google’s upcoming Privacy Sandbox – a set of open source APIs – actually aims at finding the right balance by allowing advertisers to target users while ensuring their anonymity. Quite a challenge, wait and see.

During its annual leadership meeting, IAB announced its intent to partner with brands, agencies, tech companies and publishers to find a joint solution for the future of the digital advertising system, through a project called “Re-arc” for re-architecture. The general goal, although not 100% clear, is to build a replacement for third-party cookies. Several ideas and potential solutions were talked about, but a lot of questions were also raised.

In the absence of third-party cookies, publishers are building walled gardens of their own

Publishers are following the steps of tech giants. Indeed, Google’s shattering announcement to join the battle against third-party cookies and completely eliminate them from its browser within two years has caused panic in the adtech world. Advertisers are thus seeking audience data from other sources to preserve the quality of their ad targeting, and publishers have a part to play. Alternative walled gardens, login or publishers’ alliances such as the Ozone Project, or even data clean rooms are becoming prevalent options for advertisers, that is if publishers succeed to convince of the quality of their addressable audience.

“Tech in 2020: Standing on the shoulders of giants”: Benedict Evans’ annual report is out

Every year, Benedict Evans, former partner of VC fund Andreessen Horowitz, releases a much-awaited report about global tech trends for the upcoming year. This year, the presentation starts by reminding that 4bn people now have a smartphone, and explaining that the latter technology has almost come and gone the S curve of evolution (from stupid, to exciting, to boring). Three main questions are thus asked in the presentation : What happens when everyone is online? What are the next S curves? Are regulation and policy ‘The Next Big Thing’? Future will tell. 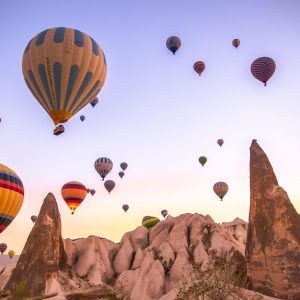 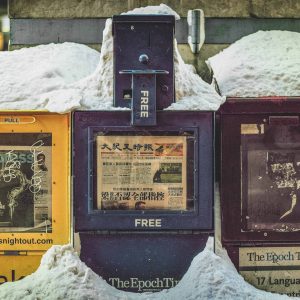 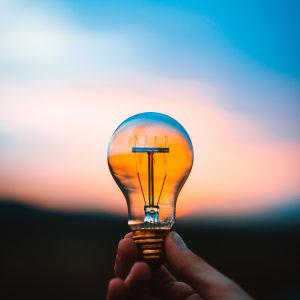