After a skyrocketing soar to success, Facebook seems to be getting caught up in deeper and darker scandals: personal data leaks, fake news, cases of violent or illicit content, political interferences… However, these storms haven’t stopped Facebook from building a considerable online advertising empire, which, for the moment, seems unshakeable. Let’s take a look back at 15 (rather eventful) years!

Ever since the very first crises in 2016, from the Islamic State’s use of Facebook to broadcast its propaganda messages, followed by the fake news affair during the presidential elections in the United States, to the Cambridge Analytica scandal in 2018, there have been many shake-ups which have continued to weaken the social network’s brand image.

In response to the recent personal data leaks, Facebook has announced that it will be taking new measures to better protect its users , making data security one of its top priorities in 2019. Beyond well-meaning declarations, the platform has considerably limited third party access to user data and has stopped users from being able to search for friends using phone numbers.

The platform has also been faced with numerous cases of disinformation, especially linked to politics. A blank canvas coloured by its most active users (but who are not always the most well informed), Facebook has slowly become a platform which generates fake news. Although it not initially designed as a media broadcaster, the platform must now assume its responsibilities regarding disinformation, as well as illicit and violent content. Facebook employs more than 30,000 security officers and moderators and uses artificial intelligence tools which help them to identify and block 99.5% of terrorist-related content before they are shared on the site. The company has also introduced the “Ad Archive API”, a public library currently available in the United States, the UK and Brazil, which archives information about potentially problematic or political adverts. The goal is to implement this advertising transparency initiative in other countries, particularly in Canada where the presidential elections are just around the corner.

Far from its initial objective as a simple content hosting platform or communication channel, Facebook is becoming more of an editor and now has even greater censuring powers. Its role remains relatively hazy, adapting to political crises and strategic turnarounds within the company.

A solid user base, but a weak commitment rate

Facebook wants to prove itself by being more transparent about its policies. And yet, a question remains regarding how these scandals have influenced the network’s brand image: have internet users really tried to leave Facebook, once and for all? Although it would have been logical to expect a mass exodus from the platform, the answer is not quite so straightforward.

Several movements launched by users themselves (including #DeleteFacebook on Twitter) have urged users to deactivate their Facebook accounts, or at least uninstall the app. According to certain financial reports, Facebook lost 1 million daily users during the third quarter of 2018 across Europe. In the United States, 44% of users aged 18-29 years old deleted their Facebook app from their smartphone (without necessarily deactivating their accounts). A study carried out by The Harris Poll has shown that just 22% of Americans trust Facebook with their personal data, compared to 49% for Amazon, 41% for Google and 39% for Apple.

However, despite a relative downward trend, the number of Facebook users has continued to grow, with 1.64 billion users worldwide in 2018. According to eMarketer, 1.75 billion users are expected this year (a 23% increase). Every month 2.7 billion people use various Facebook applications, including Instagram, Whatsapp and Messenger. While the network appears to be losing steam in North America and Europe, it has found new sources of growth in Asia-Pacific, India, Vietnam and the Philippines. New users, for new uses?

Advertising investments on the rise

Given the recent scandals, it wouldn’t have been surprising to see advertisers reducing their investments in advertising on the social network. But no! According to eMarketer, the platform made 54 billion dollars in revenue at the end of 2018, a growth of 36%. The growth rate should slow down in 2019 as a result of increasing competition and cuts in annual marketing budgets.

The Global Facebook advertising benchmark, published by Nanigans, shows that Facebook’s revenue growth is linked to two key trends: videos, and the considerable investment made by advertisers in the platform’s “Stories” format (videos which are not visible in the user’s news feed). 61% of advertisers’ spending is dedicated to  video formats, and there was a 124% cost increase during 2017-2018 on the “Stories” format. Advertisers clearly like these new formats and continue to invest in these new tools which present numerous advantages. In just one year, the overall Stories CTR has increased by 52%, a sign of the keen interest for the latest format.

“Unlike groups like Apple which focus solely on the end consumer, Facebook is very B2B centric and offers useful digital marketing tools for advertisers and companies. The network constantly renews the formats on offer for its professional users. Its users don’t necessarily realise it because they use the platform almost every day, but their Facebook news feed is nothing like what it was three or four years ago.”

With or without the recent scandals, advertising professionals continue to observe unparalleled returns on advertising investments on the social network. Rather than abandoning the platform, advertisers prefer to take their time and wait for Facebook to update its privacy features.

Video is definitely a hot trend that will continue to progress. In 2018, Facebook decided to focus on video formats and is set to continue with this strategy this year. Let’s look in depth at some of the innovations launched by the company over the past year… 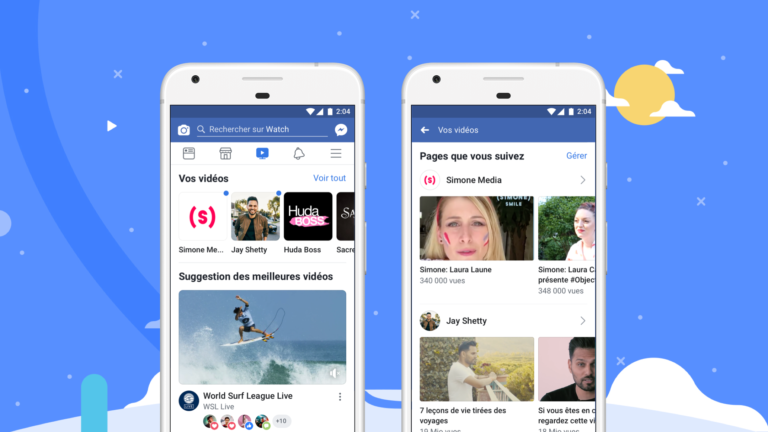 Firstly, Facebook launched its dedicated video service, Facebook Watch. First available in the United States, the service is now available in Europe. In 2018, the company announced 50 million monthly users in North America for the service. The service allows users to: watch suggested videos from the pages they are already following; enjoy video recommendations based on Facebook’s own algorithm; and access previously saved videos. To access the service, it couldn’t be simpler: go to www.facebook.com/watch and login to your Facebook account. It is even more straightforward from your phone; you will find the Watch tab at the bottom of your screen! 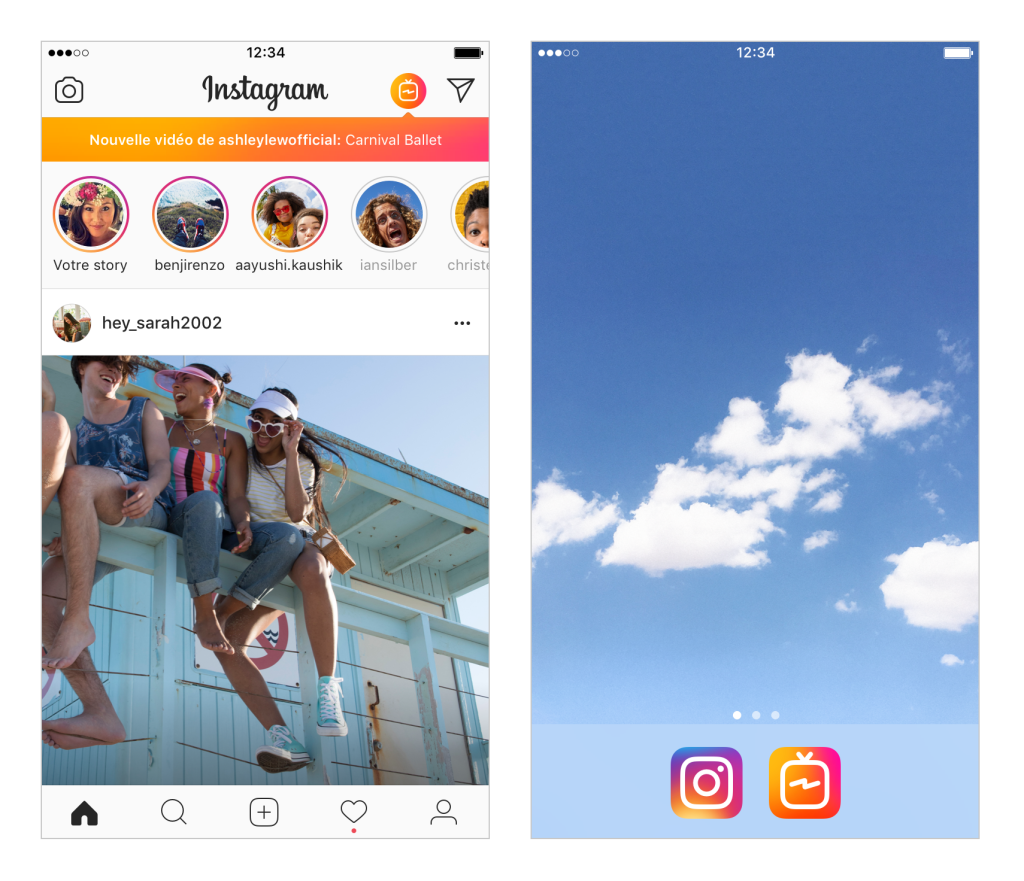 Also linked to videos, Instagram has launched IGTV for long format videos. It was previously impossible to post videos longer than one minute on Instagram, but IGTV now allows users to post vertical videos in full screen which last up to one hour. Each IGTV channel is linked to an existing Instagram account, but can be used separately. While the proportion of long films and videos watched on small screens was already 50% in 2017, Instagram has been quick to adapt to the new trend, established by key players like Youtube and Netflix.

Another key trend to emerge is social shopping. Although Shopping services were already available on Facebook, Instagram has now introduced this service. Numerous posts and Stories now include a link to online shopping websites within the Instagram ecosystem. Once again, the company is reaching out to advertisers, offering them solutions which are easy to implement and allows them to combine branding with performance.

According to information from the New York Times (certainly not insignificant information!) Facebook is expected to launch its own crypto-currency by summer 2019. A dedicated research group within the company, led by David Marcus, is said to have been trained to work on this top secret project; a genuine revolution in the social networking industry!

We haven’t heard the last of Facebook! Let’s keep in mind that Mark Zuckerberg recently announced a strategic turnaround for the platform, focusing more on the development of Facebook’s services which provide private and encrypted exchanges between its users, such as Messenger or Whatsapp. The new strategy was announced during the recent F8 conference, where the Harvard alumni student began his speech by stating that “the future is private!” Aware of the increasing responsibility platforms must assume in regard to published content, he also called for public authorities to take more action concerning internet regulation and online content. A way of protecting the firm whilst preaching the common good? 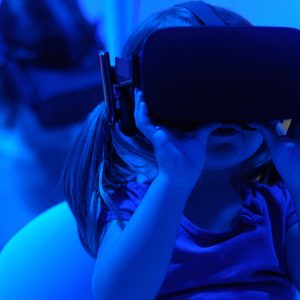 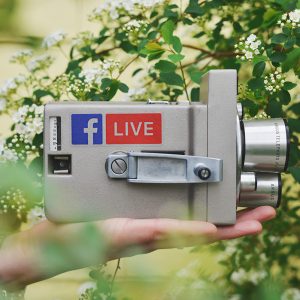 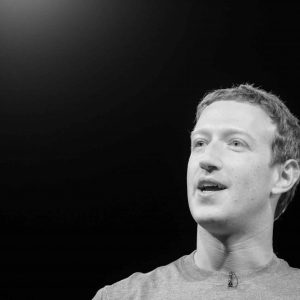